Costume Mythbusters: the case of the gaulle 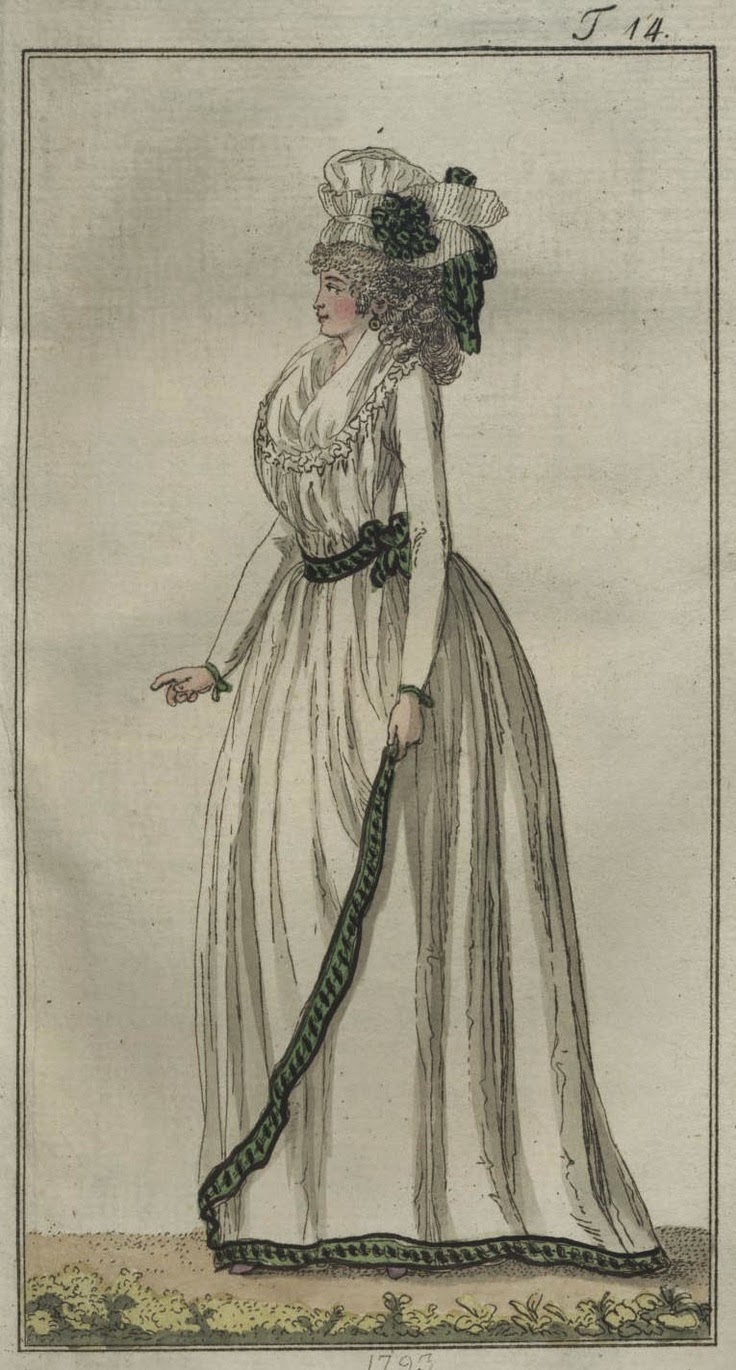 True of False: A gathered-front 18th c. gown with tight sleeves and a fitted back is known as a "gaulle", vs. a gown that is gathered all the way around and has puffy sleeves, which would be known as a "chemise a la reine".

How would you answer?

If you had asked me this question 2 days ago, I would have answered True without hesitation.  I have read this over and over again online from people who know WAY more about 18th c. clothing than I do, so I believed it as fact.  For the past few years, I have been using this distinction myself and teaching other people to do the same thing.

But earlier this week I started wondering how the term gaulle was actually used in the 18th c., and I fell down a rabbit hole of research and historical fashion nerddom.  The specific way that we have been using the word "gualle" - i.e. as a distinct sub-category of the chemise dress with tight sleeves and a fitted back - is without a doubt FALSE.


To unravel this myth, I decided to look though as many different 18th c. fashion journals as I could find to see what people were calling these gowns at the time that they were made.  I found over 40 examples of gathered dresses in 6 different French and German fashion publications from the 1780's and 90's.*  I have posted  most of these fashion plates along with the period words used to describe them on a Pinterest board for easy reference.  These dresses were called a lot of things, but I did not find one single reference to the word gaulle.  I was amazed!

There are other costume historians who are studying the topic of chemise gowns much more thoroughly, and I am sure there is additional information out there that I have missed.  But from my quick survey of online period fashion magazines, here are some of the things that I discovered:


I have no doubt that the word "gaulle" was used somewhere in 18th c. texts as a creative or exotic title for a chemise dress, but it definitely was not the norm, and it definitely had nothing to do with how fitted the dress was.  And BTW, if anybody knows of an example of the word gaulle used in period literature or fashion plates, I would LOVE to hear from you!  The only example of this word that I could track down was from the painting, Marie Antoinette en Gaulle, which my fabulous art historican friend Sarah from Mode Historique tells me was actually called "la Reine avec chapeau" inVegee-Lebrun's own painting inventories.  It seems that later art historians are the ones who added the term "gaulle" to the title.

But does all of this mean that you shouldn't use the word gaulle anymore?  Well... not necessarily.  You could think of the word "gaulle" like the term "zone gown", which is another modern costume term that was not used in the 18th c.  Neither of these might be historically accurate words, but if historians and costume enthusiasts have agreed to use these words for particular styles of dress, then what's the harm in it?  I just want people to be informed about the historical facts as well, and then you can make an educated choice about whether you prefer to use the modern dress term or the period one.

So now that this myth has been busted, stay tuned to read more about my newest project - a black striped gaulle robe en chemise.

*All of the fashion plates that I used for this survey are found online at these three sources.  If you know of other webbed 18th c. fashion journals that include the original text, please let me know!
Journal des Luxus und der Moden
Bunka Gakuen Library (browse by "History/Age" - there are a number of journals in the 18th c. section)
Gallica copy of Journal de la mode et du goût